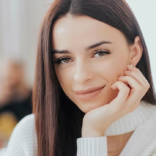 Photos of the iconic “Air Force 1” sneaker recently flooded the web as the last hertitage of the collaboration between Virgil Abloh, former creative director of the men’s division of French fashion house Louis Vuitton, and the popular sports brand Nike.

The exclusive sneaker range, which is expected to sell out in no time, is a tribute to the sudden death of the fashion icon, Virgil Abloh. His partnership with Nike was a highly anticipated project which, although the designer is no longer with us, has now finally seen the light of day. Nine exclusive editions of the Air Force 1 sneaker, dressed in the brand’s signature Louis Vuitton symbols, were recently unveiled and were also the subject of a physical and virtual exhibition at the Greenpoint Terminal Warehouse in New York from 20 to 31 May 2022.

Each pair of sneakers is conceived as a masterpiece, resulting from the comprehensive knowledge of Italian craftsmen: all the models are actually made by Manifattura in Fiesso d’Artico, Veneto, and their prices range from 2,000 to 2,500 euros. The materials – fabric and leather – are of course in the typical Louis Vuitton style, complemented by the iconic Swoosh Nike logo.

The models, which also include an ankle version, are available in several colours: a white version embossed with the Louis Vuitton Monogram logo, a black suede version, two-tone versions in white with green, red or blue details as a reference to the rainbow (a characteristic element of Virgil’s work), as well as in metallic gold and with the iconic Damier pattern, on which the name of the Louis Vuitton brand is embossed through graffiti methods and techniques.

“If you combine Virgil, his history and Nike, you have the link between two icons” – Michael Burke, President and CEO of Louis Vuitton

Nike’s “Air Force 1” played a central role in Louis Vuitton’s Spring Summer 2022 men’s collection, what was a long-awaited move. “Many people have been expecting this since Virgil’s first fashion show,” Michael Burke, President and CEO of Louis Vuitton, explained to wwd.com: “I remember people feeling sorry that they didn’t see Nike’s famous sneaker at his first fashion show. But Virgil always said he didn’t want to live up to expectations. He didn’t want to pander to the segment of customers who were ready for it. He wanted to start with fashion and ready-to-wear, with draping, cuts, fabrics, and he wanted to discover more about the use of leather.” But there was certainty. “We knew it would happen one day”, continues Michael Burke. “Virgil had a special relationship with Nike. We knew we were going to do it and that he would dictate the timing. When you combine Virgil, his story and Nike, it’s clear that the result is a union of two icons.”

In addition to the New York exhibition and June launch, Louis Vuitton and Nike’s Air Force 1 sneakers were the subject of a charity auction last February, selling 200 exclusive pairs and raising $25.3 million (the original plan was to raise just $3 million, according to wwd.com), which will go to the Virgil Abloh Post Modern Scholarship Fund. “The numbers set a world record,” commented Michael Burke. “More importantly, we have never seen such interest from so many countries.” The credit, of course, goes to the artistic legacy of Virgil Abloh, who has forever made fashion history and left behind a unique legacy.

Exclusively for MAG: Dan Caten Talks 28-years of Dsquared, its Milestones, Memories and Vision for the Future

Scroll To Top
We value your privacy
By visiting our website, we access and/or store information on your device, such as cookies, and process personal data such as unique identifiers and standard information that your device sends for the purposes of personalized ads and content, ad and content measurement and audience insights, as well as product development and improvement.

With your permission, we may use precise geolocation and device-search identification. You can click to consent to the processing we carry out as described above. You can also access more detailed information and change your preferences before you give or refuse consent.

Your consent to certain processing of your personal data may not be required, but you have the right to object to such processing. Your preferences will be applied to a group of websites. You can change your preferences at any time by returning to this page or by checking our Privacy Policy.
Manage options Manage services Manage vendors Read more about these purposes
View preferences
{title} {title} {title}
PRESS ESC TO CLOSE